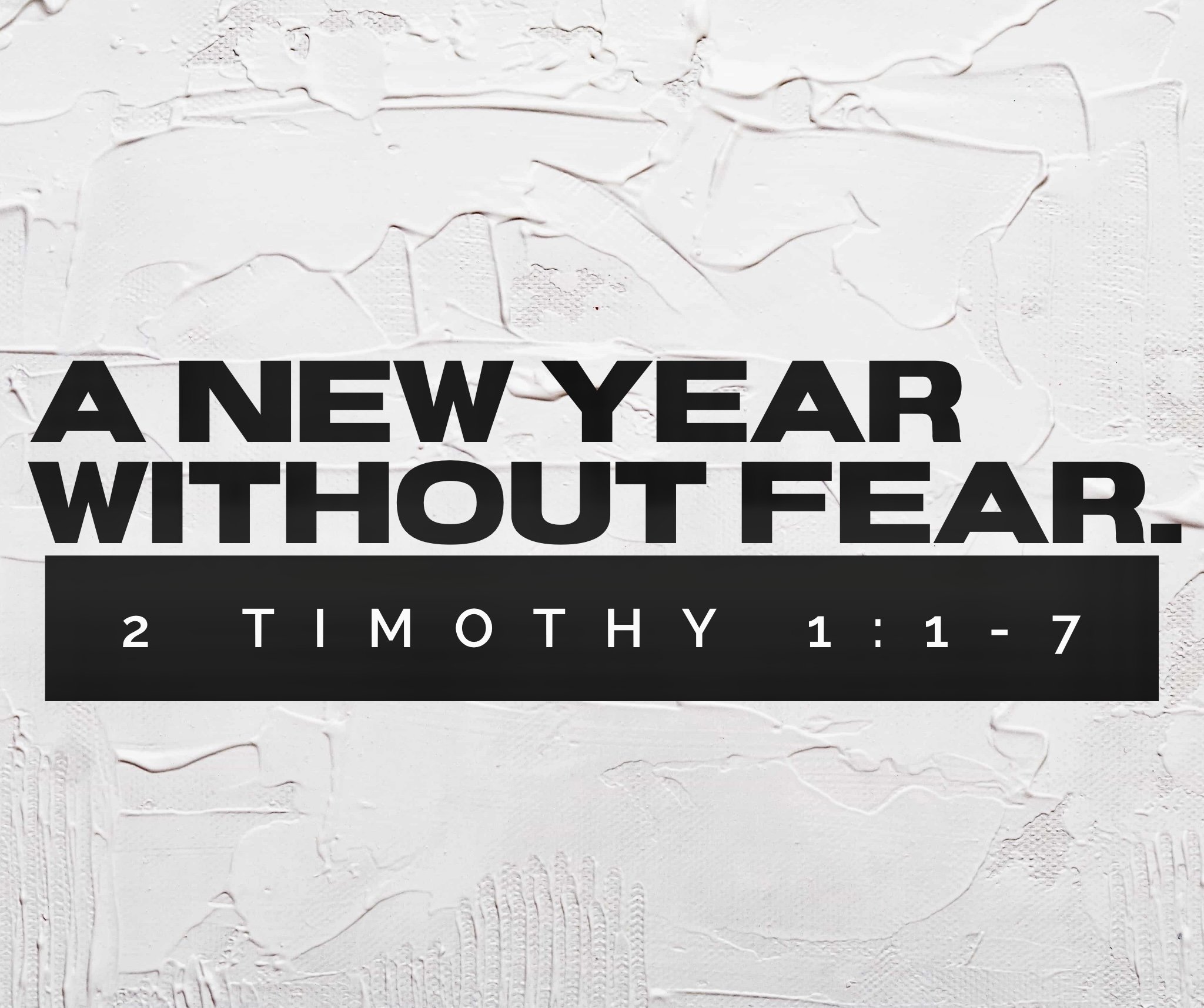 REVIEW> Last week we made a declaration as a church family for the new year and we said: We can’t control or choose our circumstances but we can choose and control our attitude in those circumstances.

INTRO> God’s word is timeless so it’s always timely. In light of recent events and in light of everything that has happened over the past year, there is one word that dominates. It’s the word under and behind everything else, FEAR.

APP> There is an attitude and a way of thinking that has to get taken out with the trash. That the bible says over and over that we have to get rid of and that’s fear. By far, without a close second the number one command from God in the scriptures is to “fear not” Now, I need to help us out here, There are two main categories when it’s comes to fear (Really 3 when it comes to the fear of the lord but that’s a different sermon)

CONTEXT> When it comes to the attitude of fear, our passage addresses this directly. In verse 7 it says “a spirit of fear” most scholars agree that this isn’t a reference to the Holy Spirit, that’s why it’s not capitalized. It’s a grammatical tool called a metonymy. It means “attitude or character or mindset of fear” Which leads me to our Big Idea :

Big Idea > As a follower of Jesus Christ I have nothing to fear in this new year.

APP> The apostle Paul, who is in prison getting ready to get his head cut off, is writing to an insecure pastor, Timothy. Who has a huge leadership position and is timid and fearful. Paul tells Timothy that God has given us provision to fight fear and he, I think, breaks it down into 3 categories.

1) I will not fear circumstances- I have power.

2) I will not fear relationships- I have love.

*ILL> Jon Climacus, was a 6th century monk who wrote the book, “The ladder of divine ascent” about wisdom and holiness. “Fear is the loss of assurance.” “There is no fear in love, but perfect love casts out fear. For fear has to do with punishment, and whoever fears has not been perfected in love.” 1 John 4:18

APP> If you fear certain relationships, ask, “What does love require of me?”

3) I will not fear myself – I have self-control.

How do I take my thoughts captive?

Big Idea > As a follower of Jesus Christ I have nothing to fear in this new year.

“When I saw him, I fell at his feet as though dead. But he laid his right hand on me, saying, “Fear not, I am the first and the last, 18 and the living one. I died, and behold I am alive forevermore, and I have the keys of Death and Hades.” Revelation 1:17-18

“Holy God, we can be so full of fear at times – afraid of the unknown; afraid of what is beyond our control; afraid of what is strange to us.  And we know that fear stops us in our tracks, hinders our action, and gives excuse for not doing what you call us to do and what you empower us to do.  So we pray that you will give us courage, O God.  Give us strong hearts and open hands, that we might set aside our fear, and walk confidently into this world you have made.  In Jesus’ name we pray.  Amen.”