Throughout the first three chapters of this book of wisdom we have seen a rhythm and a theme: This world is temporary; only God and His ways are eternal.

What does this mean? How are our lives affected if we are constantly searching for eternal purpose in things that are not eternal?

Open your Bible to Ecclesiastes 3:9-15 and join us as we continue to learn from this ancient book of wisdom, seeing the end of our lives and striving to live our lives in reverse. 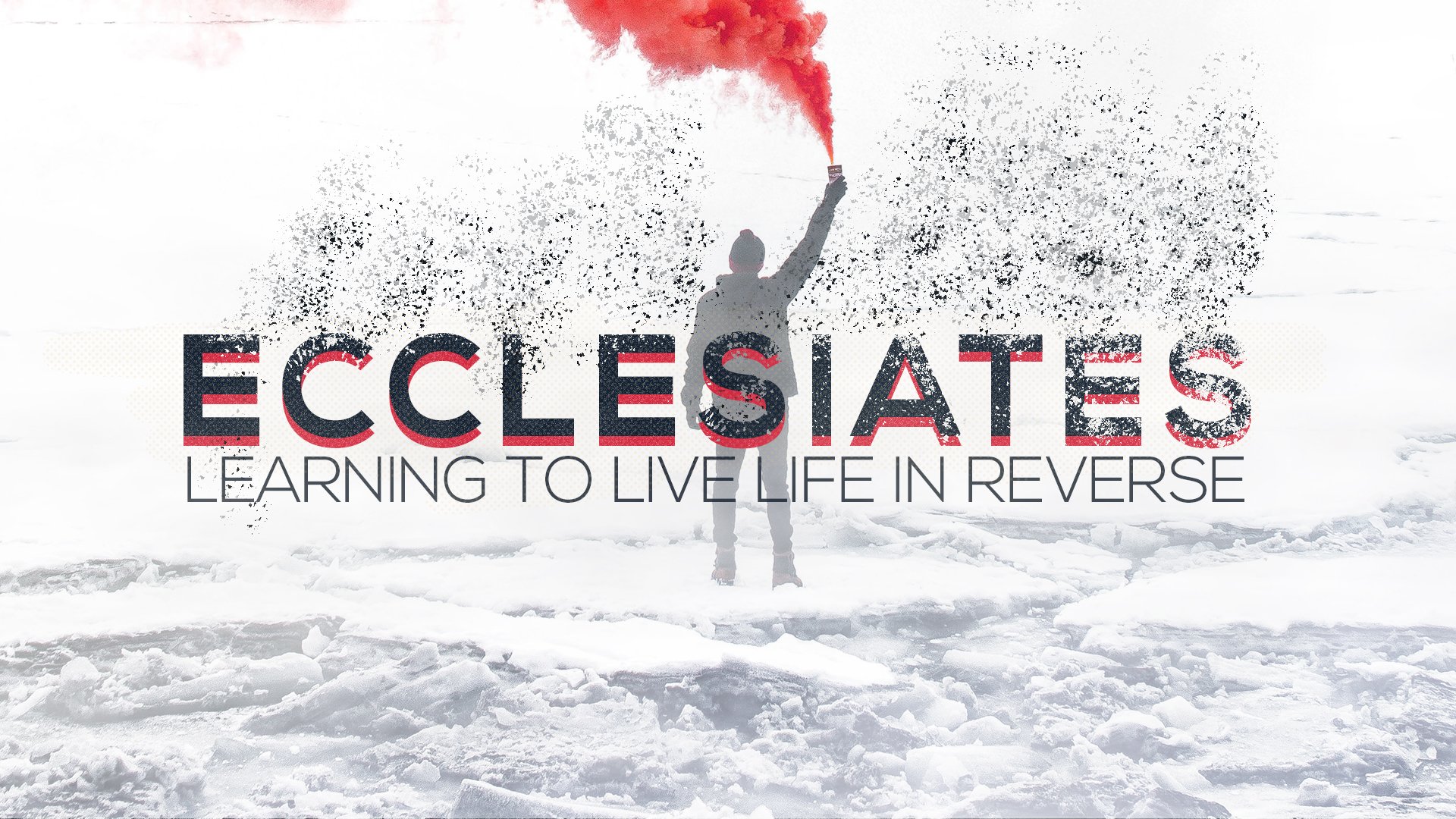 REVIEW: Last week we look at the topic of times and seasons. Solomon taught us that though at times it doesn’t look like there is any rhyme or reason behind things that there is actually a rhythm, and God is the one who sets the rhythm. This week Solomon continues his thought and asked a question v9 “What gain has the worker from his toil…”

CONTEXT> In the verse’s that where read to you, Solomon is trying to get that point across. He is challenging us, showing us and teaching us that if God orchestrates time, he is outside of it. Solomon drop this huge haunting line in v 11”God has placed eternity in the heart of man” It is a difficult word to translate, world, time, long…Billy Graham called this the “God shaped whole in your heart”

INTRO> I am indebted to another pastor for showing me this illustration. I want this rope to be a representation of eternity, never ending time. The red part of this rope if your lifespan. You’re limited time in light of unlimited time. Even with this visual illustration, it’s hard to comprehend the depths of what we are talking about.

Big Idea > Everything is temporary in light of eternity.

“Have you not known? Have you not heard? The LORD is the everlasting God, the Creator of the ends of the earth. He does not faint or grow weary; his understanding is unsearchable.” Isaiah 40:28

APP> Solomon is doing something extremely helpful for us. We don’t like the ordinary, we like the extraordinary. Solomon says that if we have a right view of the end, then we have live rightly now. We don’t start with us… we start with God.. 1) The Works of God:

APP> When we think about eternity and we think about the ever lasting work of God, it makes us feel small. It should. In a way.. it’s like Solomon is reflecting back on the story of the garden of Eden…

“So the Lord God banished him from the Garden of Eden to work the ground from which he had been taken.  After he drove the man out, he placed on the east side of the Garden of Eden cherubim and a flaming sword flashing back and forth to guard the way to the tree of life.” Genesis 3

APP> Humanity’s greatest problem is trying to fill an eternal void with temporary solutions…..  So what’s the answer?

Big Idea > Everything is temporary in light of eternity.