Join us for a somber service as we reflect on the cross of Jesus Christ. 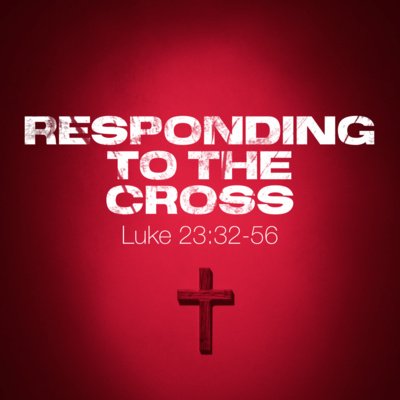 INTRO> Fleming Rutledge in her book “The Undoing Of Death” tells a story about a friend of hers who was having trouble finding a church that she liked, Mrs. Rutledge recommended a certain church of a certain denomination and her friend responded and said, “Oh, no I could never go there” “Why” Fleming asked. “I would have to look at that big cross they have behind the altar with that figure of Christ hanging on it. It would upset me terribly!” – “The Undoing Of Death” pg 116

APP> You see, we could go on and on but there is something here, there is a problem…. We don’t know how to respond to the cross but one thing is clear:

Big Idea> The Cross of Jesus requires a response.

Those who get it Right:

APP> So how do we respond to the cross, rightly? 3 Quick things.

APP> In today’s outrage and cancel culture this seem so appropriate. *ILL> I recently watched an interview with an author who wrote a provocative book that a lot of people disagreed with, the interviewer was rude and kept blasting the author. Finally, the author asked, “Have you read my book?” The interviewer said, “Well, no.”

APP> You see, you can’t reject the cross based on other people’s opinions. Jesus won’t let you off that easy.

2) You must release your ultimatums. v39

APP> If you are saying, “Jesus I will follow you, I will serve you, I will love you If __________” Whatever is in that blank is what you are really serving, what you are really loving. “Do you see the difference between what the first thief says and the second thief? You see, the first their says, “I’ll be with you if you get me out of this.” The second thief says, “I’ll suffer anything IF I can be with you.” Are you willing to do that… are you willing to make God the non-negotiable?… Until you do that, don’t expect a life transforming encounter with Jesus.”

3) You must reveal your own brokenness. v40

“Until you see the cross as that which is done by you, you will never appreciate that it is done for you.” John Stott.

Big Idea> The Cross of Jesus requires a response.