As we conclude our series, MANAGING GOD’$ MONEY, we can look back and see all the questions we have seen the scriptures answer in regards to our money.
Who’s is it?(It’s God’s.) How do I earn it? (Honestly, humbly and diligently.) Why and how should I give it? (Our generosity is motivated by the Gospel.)

This week we come to our final question… Where do I put it?

Jesus teaches that the best place you can invest your money is into the Kingdom of God. What is the Kingdom of God and how do I invest into it? Open your Bible to Matthew 6:19-34 and join us as we see the answers to these questions and how you can be a part of it! It’s all about Jesus! 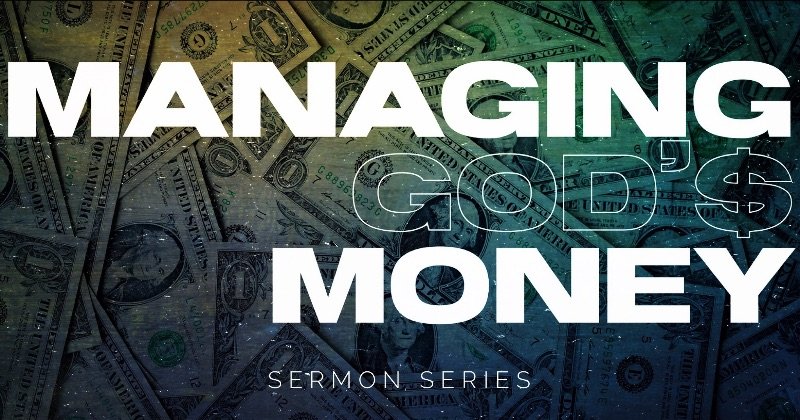 PREVIEW: We know that the holidays are quickly approaching and we know that actually is sometime more heartbreaking than heartwarming, so next month we will begin a series entitled, “Home” (PIC) and walk through some biblical principles as to how to deal with family, then we head right into Advent! (PIC)

REVIEW: So we have walked through a journey when it comes to what the Bible has to say about money! 1) Whose is it? 2) How do I earn it? 3) Why and How do I give it? By far one of the most things that we have gotten feedback on is the order in how we live with our finances: 1) Live 2) Save 3) Give Jesus actually tells us to 1) Give 2) Save 3) Live (*Credit to Pastor Andy Stanley.)

APP> Before we get into our last and final question today, i ran across some helpful information from Ron Blue. We have to know where we are at before we can know where we are going financially. Ask the question, “Where am I?”

INTRO> Today we are answering the final question, “Where do I put it?” When it comes to this question I have an absolute favorite story. This is a picture of John D. Rockefeller, one of the most influential and wealthiest Americans to ever live. He died in 1937 and at the time his total net worth was 1.5% of the nations total economic output, around $340 Billion. A few days after he passed a press conference was held and a reporter asked his accountant how much he left behind. His reply, “All of it.” “Do not be overawed when others grow rich, when the splendor of their houses increases; for they will take nothing with them when they die, their splendor will not descend with them.” Psalm 49:16-17

CONTEXT> Jesus touches on this very issue in our passage today. In Matthew 6:19-34 Jesus’ Sermon on The Mount is his way of saying, “This is what it looks like to live under the rule and reign of God’s good kingdom.” Interesting he talks about money and directly links it to anxiety. What’s the big Idea?

Big Idea > The best place to invest money is into the kingdom of God.

APP> This requires a little bit of work for us. We will ask two major questions, 1) What is the kingdom of God. 2) How do i invest?

APP> The kingdom of God is the reign of God through the people of God for the glory of God. *Roman playing basketball, he’s always Stephen Curry

APP> The kingdom of God is not just a place that I am going but a life that I am living.

Notice in the text how Jesus relates this kingdom living with money! Jesus refers to the “gentiles”v32 the non Jewish people and says, don’t live that way. Then he points out those who have money as their master v19, the Jews themselves. He says, I don’t want you to live like either of those. Jesus also warms us another place about money and the kingdom of God:

“And Jesus said to his disciples, “Truly, I say to you, only with difficulty will a rich person enter the kingdom of heaven.” Matthew 19:23” *Illustration: You’ve heard of the book by JRR Tolkien, Lord of The Rings. Gollumon find the ring, before and after “My Precious” it consumes him.

APP> You can either worship money or you can worship God with your money.

APP> How do you know the kingdom of God is being proclaimed and ministry is happening? Changed lives.

What For? More ministry, kids first

How much? We are kicking around a number

Whose in charge? Board, Committee, Members

Big Idea > The best place to invest money is into the kingdom of God.