When you hear a song, does it take you back to a specific point or memory in your life? Do you and your family or friends have a list of songs that you will always return to that remind you of previous times? Songs are like soundtracks for our lives. The people of Israel had a soundtrack for their lives, specifically at times of the year when they would journey to Jerusalem. This soundtrack is called the Psalms of Ascent. These Psalms of Ascent are situated toward the end of the book of the Psalms; Psalms 120-134. As we enter into our new series, Summer Playlist, we will look at each of these Psalms to understand their history, importance and their applicability to our lives here and now in 2019. So grab a Bible, open it to Psalm 120 and join us on our journey with the best list of songs you’ll hear all summer: Summer Playlist. 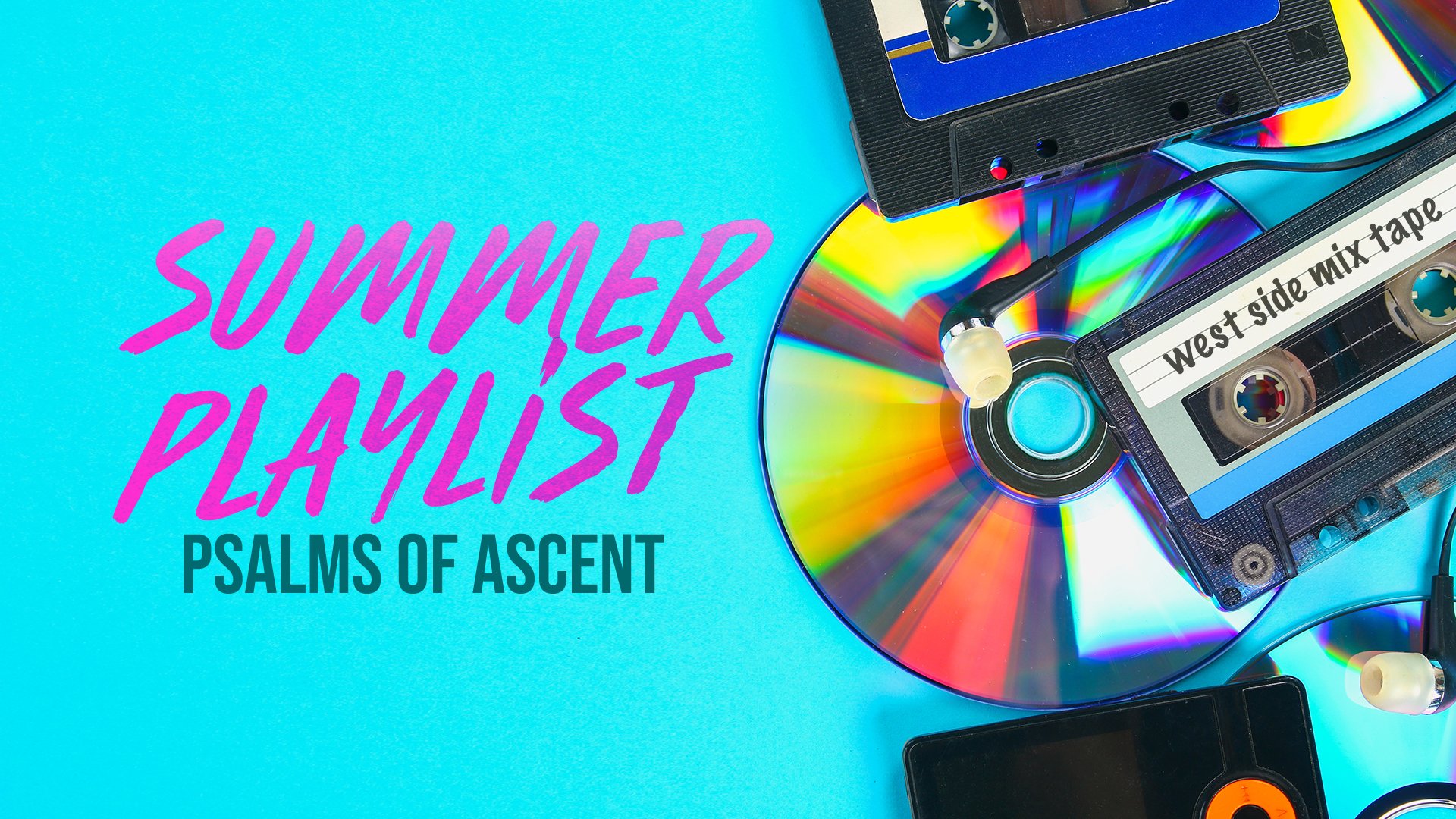 INTRO> We begin a new series today! I live for this! Let me set this up for us: When I was a kid growing up my summers for a majority of my life had the same routine. My Dad was an evangelist, which means he traveled around and spoke at churches. In the summer when my brother and myself were out of school, we got to travel with Mom and Dad in the tan astro van! One summer in particular my Dad spoke at a bunch of churches in AZ. A staple for us when we traveled was my Dad introducing my to all of the music he listened to growing up. When we traveled in AZ we listened to one album and one album only, “The very best of the Eagles”. The song take it easy, “standing on a corner in Winslow arizona” while we were there. Any time i hear a song from that album, I think of that journey.

CONTEXT> When we see the story of the people of Israel, after God has delivered them out of slavery and is teaching them as to how they will live, he gives them a very specific plan as to how they are going to remember this tory of redemption and to keep it before them: “Three times a year all your males shall appear before the Lord your God at the place that he will choose: at the Feast of Unleavened Bread, at the Feast of Weeks, and at the Feast of Booths. They shall not appear before the Lord empty-handed.” Deu 16:16 No matter where they were they would make this journey each year. While on this journey/pilgramage they would have their very own playlist, songs they would sing. These are known as the Psalms of Ascent: Psalms 120-134 They would literally ascend to Jerusalem and go “up” to meet with the Lord. We also know from scripture that Jesus made this journey and Jesus would have sung these very songs! “When they had sung a hymn, they went out to the Mount of Olives.” Mark 14:26

APP> Now, why does this matter for us? “But our citizenship is in heaven, and from it we await a Savior, the Lord Jesus Christ,” Philippians 3:11  If our citizenship is in heaven, then this is not our home which makes us.. pilgrims… “Beloved, I urge you as sojourners and exiles…” 2 Peter 2:11 APP> The physical journey in the Psalms of Ascent is a picture of our spiritual journey with Christ. “The ascent was not only literal, it was also a metaphor: the trip to Jerusalem acted out a life lived upward twoard God, an existence that advanced from one level  to another in developing maturity- what Paul described as the “the goal, where God is beckoning us onward- to Jesus.” Eugene Peterson, Long Obedience, pg18

PSALM 120- The 1st of these songs is not the one that we would have chosen on the track list. It wouldn’t be the one that when you get in your car you say, “Yeah, put that one on!” Why? Because its a Psalm of repentance Here we have to understand the physical aspect of this journey.

Big Idea > The journey of repentance is turning from sin and turning to God. (Jesus)

APP> What does the first step in the journey look like? How do we connect with God? 1) Discontentment  2) Deliverance 3) Direction

“When he came to his senses, he said, ‘How many of my father’s hired servants have food to spare, and here I am starving to death!  I will set out and go back to my father and say to him: Father, I have sinned against heaven and against you.  I am no longer worthy to be called your son; make me like one of your hired servants.’ So he got up and went to his father.” Luke 15:17-20 *ILL> My story

APP> Being Satisfied in Jesus starts with being dissatisfied with the world. APP> Confess it.

*ILL> Illustration the movie “The truman Show” his whole life has been a lie, it’s been fake. APP> That what its like waking up.

“We have been told the lie ever since we can remember: human beings are basically nice and good. Everyone is born equal and innocent and sulf-sufficient. The world is a pleasant, harmless place. We are born free. If we are in chains now, it is someone else fault, and we can correct it with just a little more intelligence or effort or time.” Eugene H. Peterson APP> It is such horrible awful advice to tell you that you are ok the way you are… because then that’s all you have! APP>Repentance is far less painful than the repercussions of sin.

APP> As we have learned, as they were singing this Psalm, they were headed in a certain direction, something had changed, there was an action. APP> True repentance is a change of direction.

Big Idea > The journey of repentance is turning from sin and turning to God. (Jesus)

APP> How do I show this? Baptism!

Questions for the road:

Close with a corporate reading of Psalm 51:1-12