In this week’s sermon, we go through Acts 1:1-11 and learn to trust God in the midst of transitions.  This sermon is extremely special as it is our last Sunday with the Saxton family who have been a huge part of West Side for the last 7 years. 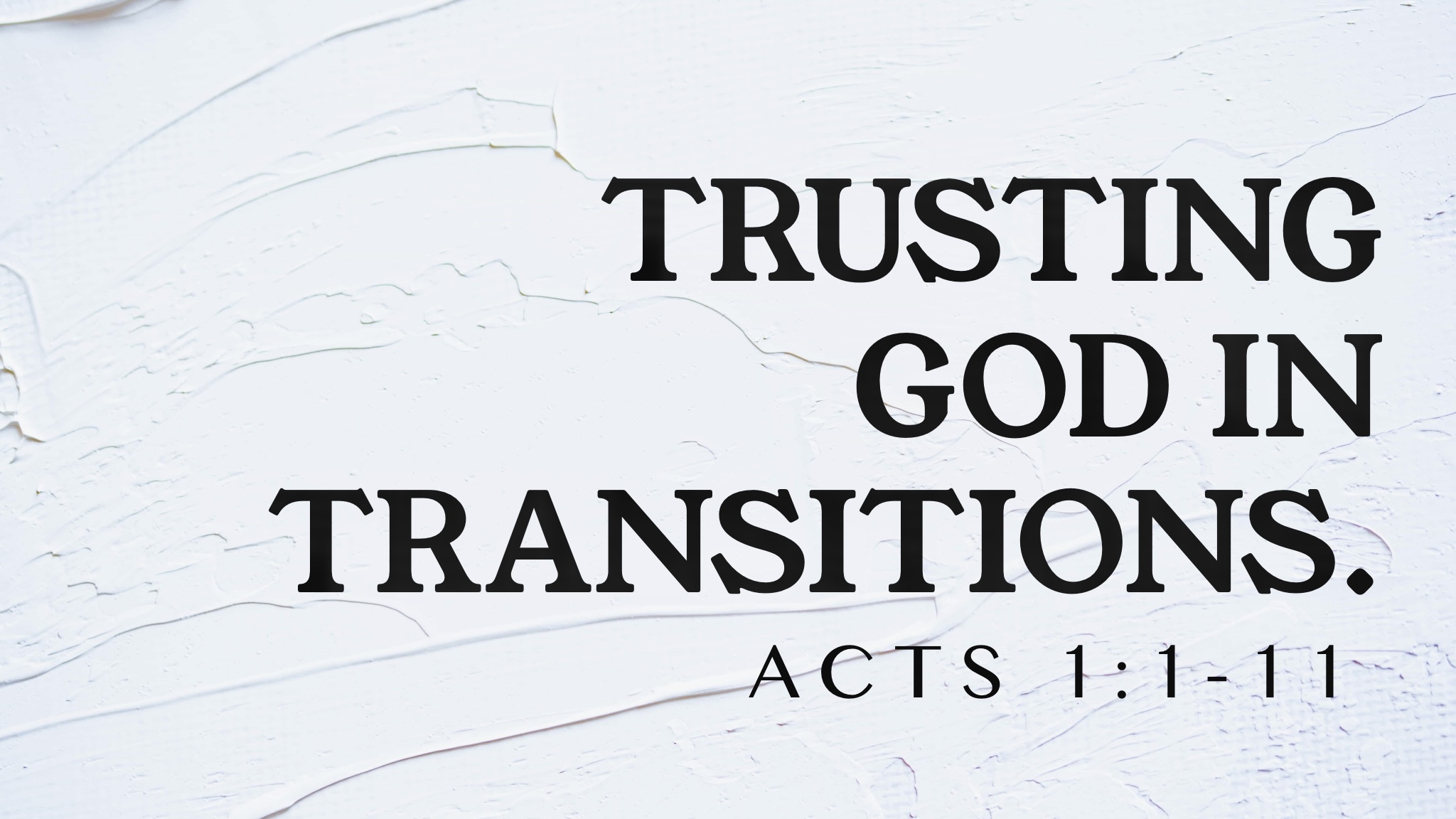 INTRO> There is a scene that I have told you about that the Lord has used to teach me from time to time. When our kids where learning to swim, standing on the edge, before jumping in the deep end, they did want to jump but didn’t want to jump.

APP> What that can be referred to and what the kids where experiencing was a transition. Transition- the process or a period of changing from one state or condition to another. The reality is, is that we ALL go through transitions in life:
Common Transitions:

APP> I want to make a distinction here, one that a guy by the name of William Bridges help me distinguish. When we speak of transitions, most people think , “Yeah, transitions and change are the same thing.” they are not. In his book he says, “It isn’t the changes that do you in, it’s the transitions. Change is not the same as transition. Change is situational: the new site, the new boss, the new team roles, the new policy. Transition is the psychological process people go through to come to terms with the new situation. Change is external, transition is internal.” -William Bridges, Bridges goes on to break down any transition into 3 sections, 1)Endings 2) Neutral Zone 3) Beginnings

CONTEXT> And that is exactly what we see in Acts chapter 1, a transition. Jesus is getting ready to ascend to heaven and leave his disciples. Think about this…. They have spent ever single day with this man for 3 years… they have depended on him for their purpose, meals… plans and all of that stuff. And now he is leaving them! This is the moment that he has been preparing them for!

APP> I think in this passage from a devotional 30,000 view there are 4 key principles that we can learn about how to walk through a season of transition…

APP> In a season of transition when you don’t know what to do, do the last thing that Jesus told you to do. *ILL> My friends going into Mariene bootcamp, hiking and cutting communication.

APP> God’s will is that you would live God’s way as revealed in God’s word.

APP> Where God guides you, he provides for you!

APP> Waiting is not a passive act. Out of William Bridges 3 phases of a transition guess which one he says is when things go wrong… The Neutral Zone!

Working while we wait:

3) Be aware of your own personal bias.

APP> Often times, the greatest hinders to God’s agenda is our own. “There is a way that seems right to a man, but its end is the way to death.” Proverbs 14:12

4) Fill the gaps with trust.

APP> “Trust in the Lord with all your heart, and do not lean on your own understanding. 6 In all your ways acknowledge him, and he will make straight your paths” Proverbs 3:5-6

Questions: How would my life look differently if in every situation and relationship, I filled the cracks with trust?

Big Idea > Every transition is an invitation to trust God.

*ILL> Corrie Ten Boom, “Never be afraid to trust an unknown future to a known God.”