In Luke chapter 10 Jesus tells a lawyer that he will live if he DOES the commands he’s just recited from the law. We are all familiar with ‘you shall love the Lord your God with all of your heart, soul, mind and strength, and love your neighbor as yourself’ but what would our lives look like if we actually DID them?

Jesus goes on to tell the story of the Good Samaritan to reveal the value of compassion, love, humility and care in the Kingdom of God; and reveals to us our true place in this story.

Join us in Luke 10:25-37 as we continue our journey through our series: Washing Hands and Feet.

It’s all about Jesus. 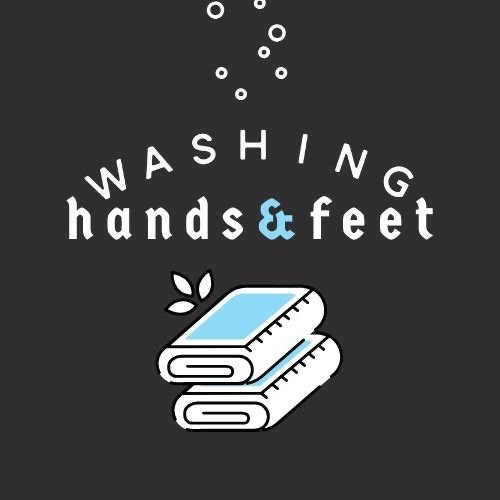 Review> Christians in a crisis are concerned for others not consumed with themselves.

INTRO> In moments like this, when the props are kicked out from underneath us, we sort of do an inventory of our beliefs. Like, “what is this thing really all about? Why am I a Christian? How does a Christian respond in these moments?” The great thing about that is, we know the answers to those questions! You see, Christianity wasn’t birthed out of a myth, we believe that the life, death and resurrection of Jesus is historical fact! We know how early Christians respond in moments of crisis like this. Around 130 A.D. We have a piece of history known as “The Apology of Arsidies” he was an ancient greek statesmen who was fascinated by Jesus and the early Christians and the lives they lived. He writes to the Roman Emperor Hadrian, who was known for being a ruthless man. He writes to this Emperor describing what he is seeing in the lives of these so called “Christians.” “But Christians… show kindness to those near them; and whenever they are judges, they judge uprightly… they do good to their enemies… if one of them have bondsmen and bondswomen or children, through love towards them they persuade them to become Christians, and when they have done so, they call them brethren without distinction. They do not worship strange gods, and they go their way in all modesty and cheerfulness. Falsehood is not found among them; and they love one another… And he who has, gives to him who has not, without boasting. And when they see a stranger, they take him in to their own homes and rejoice over him as a very brother… And if they hear that one of their number is imprisoned or afflicted on account of the name of their Messiah, all of them anxiously minister to his necessity… And if there is any among them that is poor and needy, and they have no spare food, they fast two or three days in order to supply to the needy their lack of food… Such, O King… is their manner of life… And verily, this is a new people, and there is something divine in the midst of them.”

APP> We don’t come to Jesus and negotiate who we can love.

Big Idea > You can love radically when you’ve been radically loved.

Close> Dr. Martin Luther King Jr was the great baptist preacher and civil rights leader. Most everyone know his famous, “I have a dream speech.” But the night before he as murdered, he spoke in Memphis TN, he spoke his very famous speech, “I’ve been to the mountain top!” There he prophetically said , “Well, I don’t know what will happen now; we’ve got some difficult days ahead.  But it really doesn’t matter with me now, because I’ve been to the mountaintop. And I don’t mind. Like anybody, I would like to live a long life—longevity has its place. But I’m not concerned about that now. I just want to do God’s will.”

But do you know what his text was that evening and what he said before that? He spoke about the good Samaritan and he said that the character asked two, different questions.

The priest and the levite asked, “If I stop and help this man, what will happen to me?”

The Samaritan asked, “If I don’t stop and help this man, what will happen to him?” https://kinginstitute.stanford.edu/king-papers/documents/ive-been-mountaintop-address-delivered-bishop-charles-mason-temple

Re-tell the story in a “Mr. Rodgers” way. (Take off shoes, change shoes and change sweater)

Have band-aids, and things to put on your arm or leg while you tell the story.

Sticky Sentence: “Being a neighbor is meeting needs with loving deeds!”