We have learned over the last two weeks that Jesus came to take away sin and to take out the enemy, but today we are taking a look at how Jesus came to give us life. Whatever the Christmas season holds for you, whether it be happiness, sadness, struggles, frustrations or challenges, join us as we discover how the Holy Spirit calls us to share the life that was given to us by Jesus Christ. Open your Bible to 1 John 4:9 as we continue in our Advent series: Why He Came.
<script src="https://www.buzzsprout.com/103411/884054-why-he-came-week-3-1-john-4-9.js?player=small" type="text/javascript" charset="utf-8"></script> 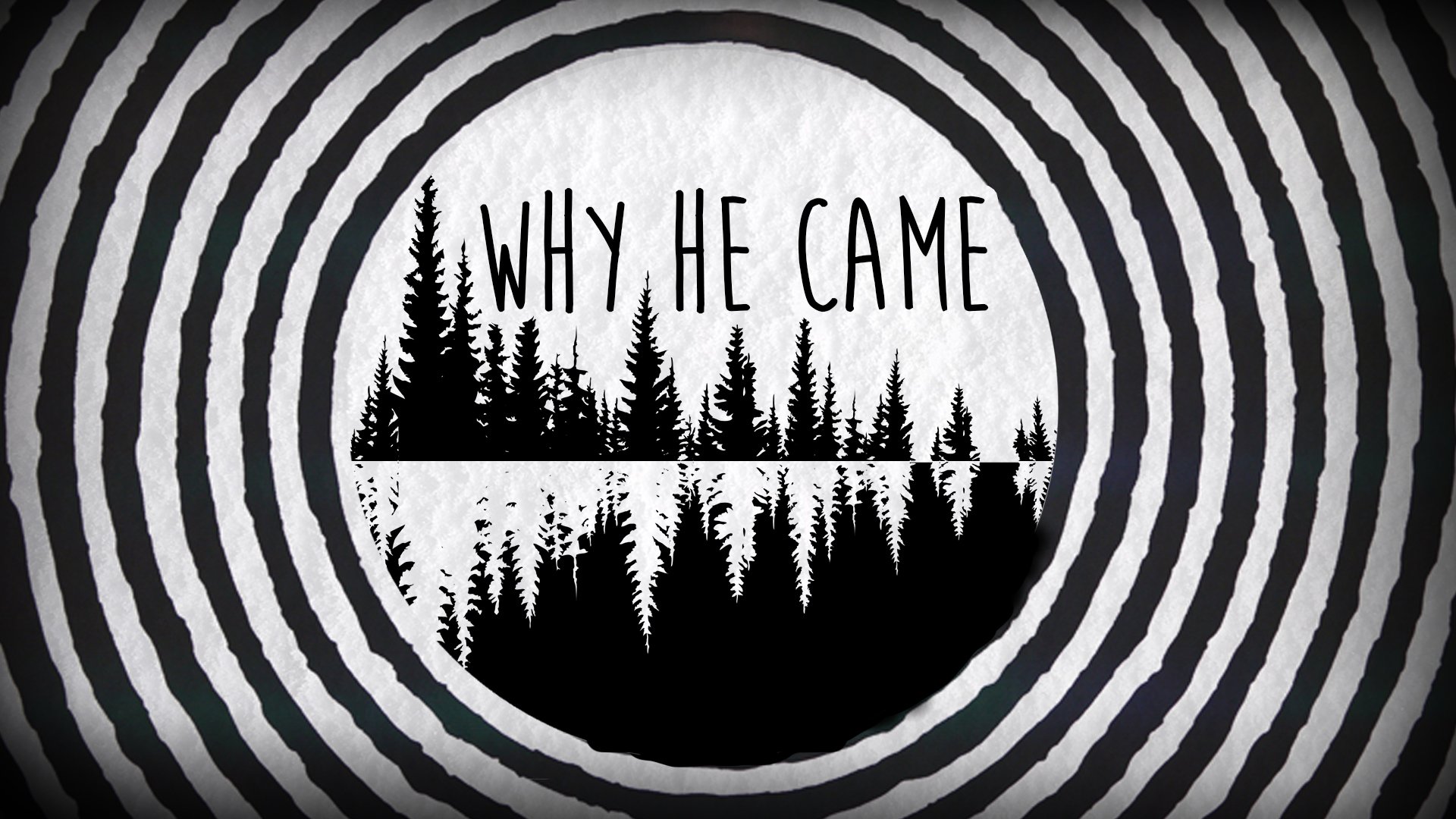 REVIEW: We have begun our journey through the season of Advent. We learned last week that Advent means the coming or arrival of something significant. This starts the beginning of the church calendar, reveling around the life of Christ. We are walking through 5 statements. *Show Slide of series review

INTRO> On June 23rd of this year 12 members of a Tailand soccer team and their coach walked into a cave after a practice. Heavy rains fell trapping the buys and they coach inside. Once word got out that the boys where trapped, what is now known as “Tham Lang Cave rescue was born (PIC). This became a world wide news story that people followed closely, the efforts where tremendous. The rescue effort involved more than 10,000 people, including over 100 divers, many rescue workers, representatives from about 100 governmental agencies, 900 police officers and 2,000 soldiers, and required ten police helicopters, seven police ambulances, more than 700 diving cylinders, and the pumping of more than a billion litres of water out of the caves. There was one fatality in the process,  Saman Kunan, a 37-year-old former Thai Navy Seal, died bringing oxygen Tanks to the team. (PIC) This is what he had to swim (PIC) The team was trapped in the cave for a total of 18 days.

APP> There is a lot going on when you look at this story from a 30,000 view. You have a mission, a rescue mission to bring life to people who are trapped in death. That life comes through some ones death. Sounds like our verse today? There is a phrase that theologians use called, “The Missio Dei” it is a Latin phrase that means the “Mission of God” or “the sending of God”. John shows us this mission here today:

Big Idea> Christmas was God’s rescue mission to restore us back to life.

CONTEXT> Now there is a lot going on in this verse and this section of scripture. Primarily John is teaching us about love, which we will cover next week. But here he gives us another clause and or purpose, “so that we might live through him” do you see that? Its construction in the language gives the structure a new purpose and or meaning. Christmas was a mission a plan. How is this accomplished?

*ILL> It’s Christmas which means the giving us gifts and buying things is in the air. Do you know how much the entire US spent on Christmas last year? According to the National Retail Federation in 2017 $680 BILLION dollars was spent. The average household after it’s all said and done from the wrapping paper to the trash bags spends about $900-$1,000 on Christmas. There is always that awkward thing to about setting a limit on what you buy and who spent the most and stuff….

APP> God spent the most at Christmas. “For even the Son of Man did not come to be served, but to serve, and to give his life as a ransom for many.”- Mark 10:45

2) The Son sends the Spirit to live life.

APP> Isn’t this amazing! This has been God’s plan form all along, the NT would go on to teach us this as well.

APP> The Holy Spirit is God’s provision for you to live the Christians life. *ILL> Being in theater and having a “prompter” off of the stage to help you remember lines.

APP> The mission starts with God, is sustained by the Spirit and continues with you.

APP> All of this because of Christmas, its like a domino affect, it spreads. *ILL> Buddy the elf, “The best way to spread Christmas cheer is to sing along for all to hear” APP> The gospel is contagious.

3 Principles for sharing the gospel from the gospel:

Big Idea> Christmas was God’s rescue mission to restore us back to life.

*ILL> The story of the titanic is a very well known story. The unsinkable ship that hits the ice berg and sinks killing 1,500 people. A story that is not well known is one of John Harper. John was a pastor and preacher of the gospel, he was on the boat with his 6yr old daughter. When they hit the iceberg and panic spread he led his 6 year old daughter to a life boat but John didn’t get on the boat with her. John stayed and history records John went around, “Pleading with people to believe on the person of Jesus Christ!” One man rejected his offer of salvation and John gave him his life vest and said, “then you need this more than I do.” Four years after the tragedy at a Titanic survivor’s meeting in Ontario, Canada, one survivor recounted his interaction with Harper in the middle of the icy waters of the Atlantic. He testified he was clinging to ship debris when Harper swam up to him, twice challenging him with a biblical invitation to “believe in the Lord Jesus Christ and thou shalt be saved.” He rejected the offer once. Yet given the second chance and with miles of water beneath his feet, the man gave his life to Christ. Then as Harper succumbed to his watery grave, this new believer was rescued by a returning lifeboat. As he concluded his remarks at the Ontario meeting of survivors he simply stated, “I am the last convert of John Harper.”